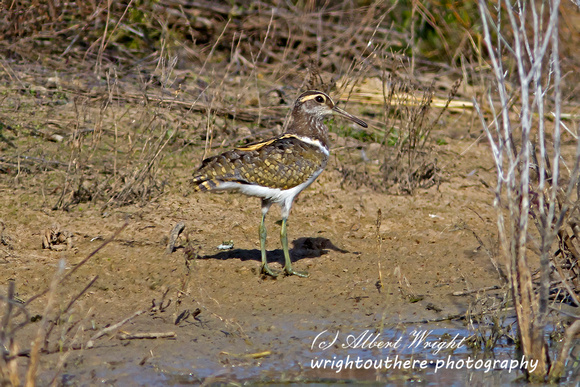 The family Rostratulidae encompasses two genera and four species (one extinct). Painted-snipes superficially resemble true snipes but the two taxa are not closely related. Instead the similarity can be attributed to convergent evolution where both groups have been subjected to similar selection pressures, thus promoting the evolution of analogous features such as a long slender bill and legs, mottled crypsis plumage and particular body proportions. While less similar in morphology, the species that are considered most closely related to painted-snipes are other members of the suborder Thinocori; jacanas,seedsnipes and the plains wanderer.