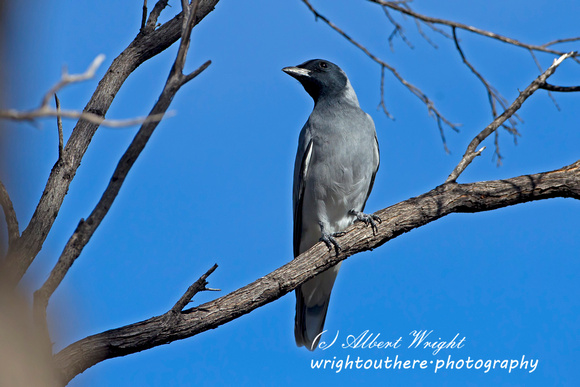 The cuckooshrikes and allies in the Campephagidae family are small to medium-sized passerine bird species found in the subtropical and tropical Africa, Asia and Australasia.
Cuckooshrikes are closely related neither to the cuckoos nor to the shrikes; the name probably comes from the grey colour of many of the cuckooshrikes. Some of the species also bear a superficial resemblance to cuckoos, and have a similar undulating flight. The grey colouration has led to one of their other names, the greybird. In some parts of the world they have also been known as caterpillar-birds, a name derived from their diet.